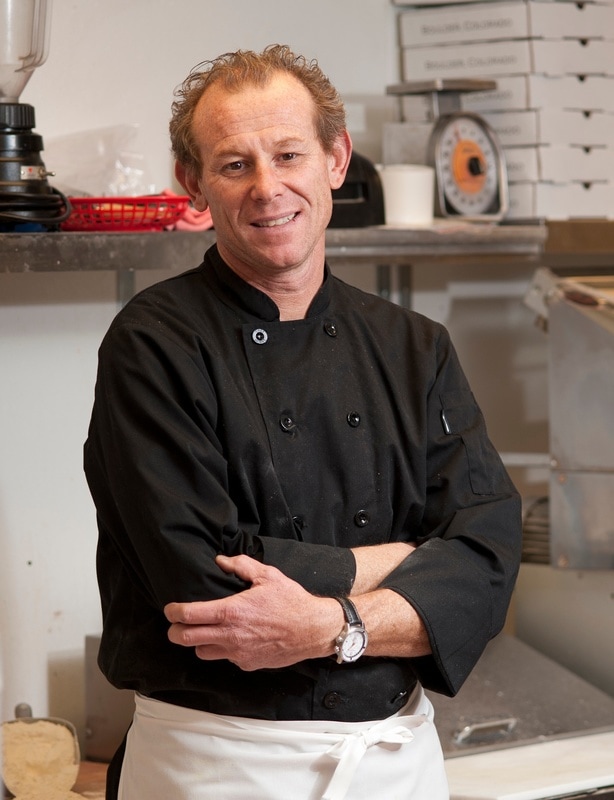 ​With Fabio Tours, your tour guide is Chef Fabio Flagiello. With his life's work dedicated to "bringing people together," Fabio will welcome you to his home, his winding roads, and most importantly, his table, in an authentic, intimate Italian culinary, cycling and cultural journey.

Fabio grew up in the hills of Trieste in northeast Italy and began cooking with his family at an early age. Today Fabio boasts a prestigious combination of formal culinary training, restaurant affiliations, and awards.

In his teens, he became a sous chef at the Danieli Hotel, a 5-star luxury hotel in Venice, Italy. He attended the prestigious Ecole Lenotre Culinary School in Paris, France, and studied traditional French cuisine, fine pastry making, and catering. Chef Fabio expanded his knowledge of nouvelle French cuisine at Maison Troisgros in Roanne and Pasta Vino Ristorante in Paris. After moving to the United States in the early 1990s, Chef Flagiello worked as the executive chef at Chianti Ristorante in Los Angeles, California, before opening his own restaurants, Fabio Trattoria and Fabio Ristorante & Cafe, in nearby Venice. In 2002, Chef Fabio moved to San Francisco to serve as executive chef at Il Fornaio Ristorante e Gastronomia. In 2006, he opened Risibisi Restaurant and Wine Bar in Petaluma, California, which was named one of the Michelin Guide’s Top 50 Restaurants in the San Francisco Bay Area.

An avid cyclist since his childhood in Tuscany, Chef Fabio began training and competing in Ironman triathlons on the West Coast. After visiting Colorado, with its wide-open spaces, large cycling community, and concentration of elite athletes, Chef Fabio moved to Boulder, Colorado in 2009 to serve as executive chef of Bacaro Venetian Taverna before opening his own restaurant, Pastavino. Chef Fabio continued to cook and cycle, and quickly gained a following of elite cyclists who were looking for healthy, high-quality dishes made with wholesome and fresh ingredients.

While living in Boulder, Chef Fabio began organizing culinary and cycling tours of Tuscany for friends and family. This is how Fabio Tours was born. Join Chef Fabio as he shares his three passions - Italian cooking, cycling and culture - in an unforgettable travel experience.

Each tour offers a slightly different experience and explores a different region rich with history. You’ll cycle through rolling hills and prestigious mountain climbs. To balance the miles on the bike, you’ll taste exquisite food. The culinary experience is what sets Fabio Tours apart! Unlike other tour companies, Chef Fabio is our private chef for the week. Heighten your senses with incredible, locally-sourced ingredients bright with flavor. You’ll drink wine that represents the heritage of Italian winemaking. With Fabio as your guide, you’ll experience a local’s view of Italy - caffè in quaint villages, vino rosso in sprawling vineyards, walks through cobblestone streets, and more. You’ll laugh with strangers and leave with lifelong friends.

The cycling was beyond beautiful and challenging (or not if you were not up for it). The food amazing, especially the meals Fabio made at the Villa. Our guides, Danielle and Ingo, took great care of us and gave us so much great local information. Our group was great, lots of belly laughs. We will be back!

This tour was a spectacular experience. Everything had an extremely personal touch!

We felt a lot more immersed in the local culture than previous cycling tours we had been on. That was fabulous. Fabio’s cooking was central to the experience.

The food was amazing! The most memorable night was when he gave us a lesson on how to make gnocchi! He put us to work!

Fabio selected the most authentic restaurants down cobblestone alleys and in historic cellars. So wonderful. You can’t find this level of immersion on another tour, and we wouldn't have found any of those places on our own!

The food was absolutely incredible and delicious.